February 10th is the memorial of St. Scholastica, virgin.

“St. Scholastica (+547) is thought to have been the twin sister of St. Benedict and was “dedicated to the Lord from infancy” (see 1 Samuel 1:24). Her story is told in Book 11 of the Dialogues of St. Gregory the Great. Once a year Scholastica would visit Benedict at a guest house on the grounds of his abbey in order to spend time together in worship and holy conversation. At the end of one such visit, Benedict rose to leave, but Scholastica, having a premonition of her own death, begged him to stay. When he insisted that he had to return to his cell for the night, she bowed her head and wept in prayer. A wild storm arose, making it impossible for Benedict to leave. When Benedict realized he could not return to the abbey, he complained to his sisters, “God forgive you, what have you done?” She answered him, “I have desired it of our good Lord, and he has granted my petition. Therefore if you can now depart, in God’s name return to your monastery, and leave me here alone” (Dialogues, Book II). Gregory comments that God heard Scholastica’s prayer rather than her brother’s because, since “God is love,” it is natural that she who loved more, did more. The next morning, the two returned to their respective monasteries, and three days later, Benedict, as he prayed in his cell, saw his sister’s soul ascend to heaven in the form of a dove. St. Scholastica is the patron saint of female Benedictine monastics. Because of Benedict’s vision of her death, she is depicted in art accompanied by a dove. St. Gregory’s narrative is also found in the Office of Readings for this memorial.”
Companion to the Calendar–A Guide to the Saints, Seasons, and Holidays of the Year, Second Edition, page 47 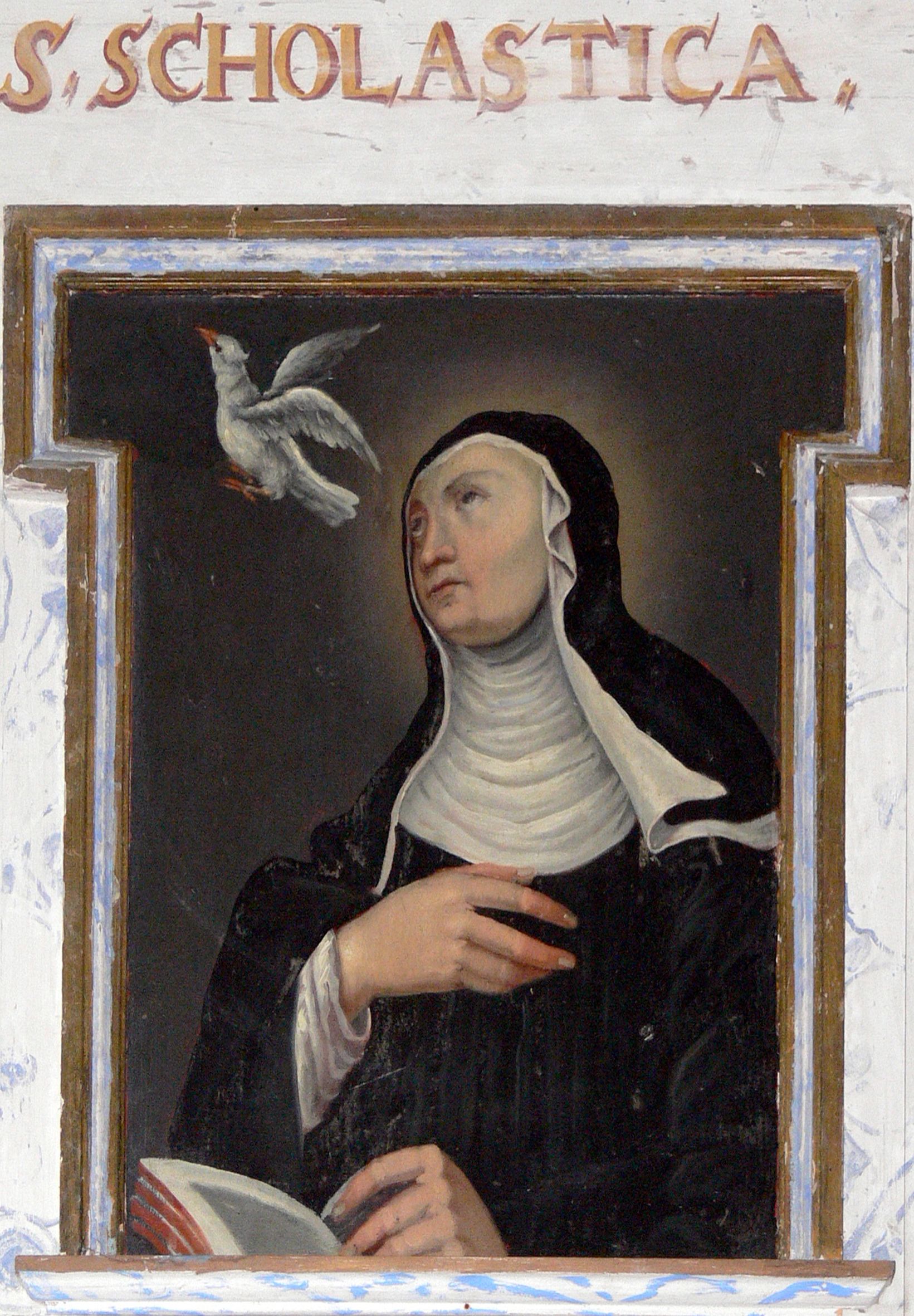